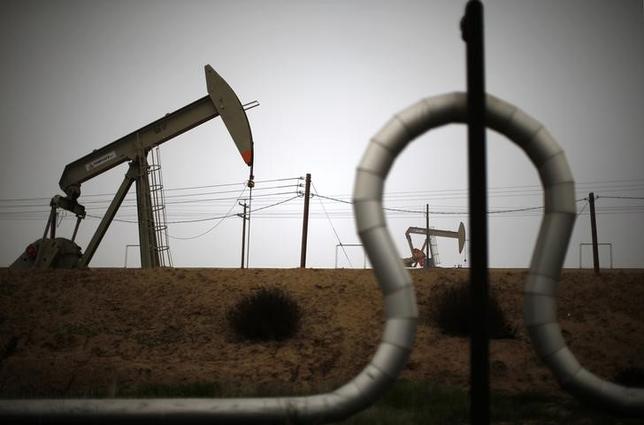 The World Bank has slashed its forecast for crude oil prices by $14 to $37 per barrel for 2016, it said on Tuesday, amid growing supply and weak demand prospects from emerging markets.

In its annual Commodity Markets Outlook, the World Bank lowered its price forecast for 37 of 46 commodities, including oil, saying that weak demand from emerging economies is likely to continue.

Oil prices should decline another 27 percent in 2016 after plummeting by 47 percent last year, according to the outlook. The World Bank uses an average of Brent, Dubai and West Texas Intermediate oil, equally weighted.

“Low prices for oil and commodities are likely to be with us for some time,” said John Baffes, senior economist and lead author of the report.

Global benchmark Brent crude LCOc1 was trading around $30.50 a barrel late on Monday while U.S. crude CLc1 dipped just below $30.

World Bank economists said they expect a gradual recovery in oil prices over the course of 2016 but the rebound will be smaller than in previous years that followed sharp declines, including 2008, 1998 and 1986.

A Reuters poll in January showed that crude oil prices were unlikely to rally much in 2016 because of subdued demand and rising supply, even though non-OPEC output was expected to moderate.

Officials of the Organization of the Petroleum Exporting Countries said on Monday the oil market was poised to start rebalancing itself. “We already see some signs that supply and demand fundamentals will start to correct themselves in 2016,” said OPEC Secretary-General Abdullah al-Badri.

Earlier in January, the World Bank cut its forecast for global economic growth due to the weak performance of emerging economies.

All main commodity price indexes are likely to fall in 2016 amid a supply glut and a slowdown in demand for industrial commodities from emerging economies.

Emerging market economies have been the main sources of growth in demand for commodities since 2000.