Sinopec to increases natural gas production to 40 Bcm by 2020

Sinopec to increases natural gas production to 40 Bcm by 2020 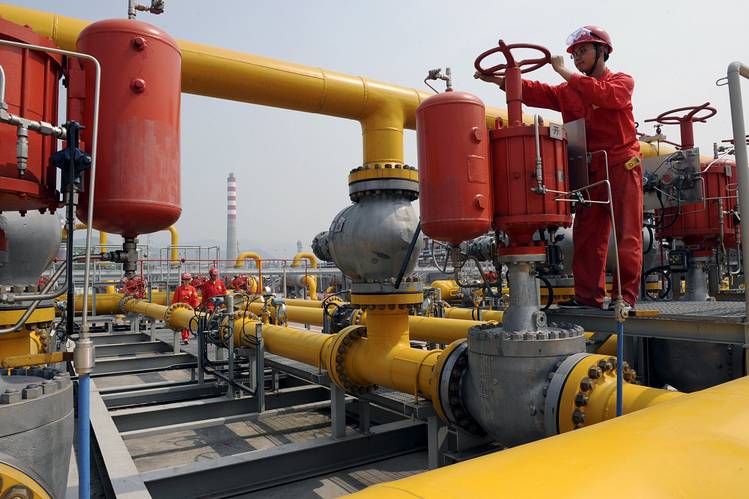 According to world Oil China Petroleum & Chemical Corp., one of the country’s state-run energy giants, plans to ride a wave of new gas discoveries to double annual output to 40 Bcm by 2020, as the country pushes to replace coal with the cleaner fuel.

Sinopec, as China Petroleum is known, will produce 29.5 Bcm of conventional natural gas, 10 Bcm of shale gas and 500 MMcm of coal-bed methane by 2020, almost doubling its 2015 gas output of 20.8 Bcm, Chairman Wang Yupu said at a press conference in Hong Kong Wednesday.

The 2020 target doesn’t include 2 Bcm of annual output from a shale gas production facility in southern Sichuan province that Sinopec will begin building this year, President Li Chunguang said at the same event. The bulk of the company’s shalegas output comes from its flagship Fuling field in Chongqing, Li said.

The Beijing-based company, which lost its spot as China’s No. 2 oil and gas producer to rival Cnooc Ltd. after cutting output from high-cost fields in 2015, sees natural gas as a more attractive expansion opportunity than crude. A price of $60/bbl is needed for all Sinopec oil fields to make a profit, Wang said. Brent crude, the global benchmark, was trading in London at $39.69 on Wednesday, up 6.5% this year.

Sinopec made several significant natural gas discoveries in China’s Sichuan province and the Erdos basin of Inner Mongolia in the past year, Wang said, adding the discoveries will provide strong support for the company’s natural gas expansion.

The company will build pipelines and storage sites, as well as facilities to liquefy natural gas, in Sichuan and provinces along the Yangtze River to send gas to end users in populous riverside cities, Wang said.

Asia’s biggest refiner reported a 30% drop in net income on Tuesday, beating estimates, as its refining business cushioned it from the profit tumbles of its state-owned rivals. PetroChina Co. and Cnooc both saw net income fall by at least two-thirds.