PetroChina – Profit may drop to record low on oil’s plunge

PetroChina – Profit may drop to record low on oil’s plunge 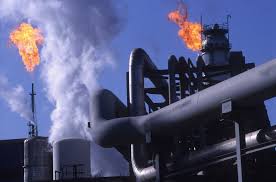 PetroChina Co., the country’s biggest listed oil and gas producer, said full-year net income in 2016 fell by as much as 80 percent, putting it on pace to report a record-low profit says Bloomberg

The slump is due to lower international oil prices and domestic natural gas prices dropping “drastically” compared with the previous year, it said in a filing with the Hong Kong stock exchange on Wednesday. The company reported net income of 35.5 billion yuan ($5.16 billion) in 2015, which means profit last year may have fallen to as low as about 7.1 billion yuan, down for a third year to the least in data going back to 1996.

“It’s slightly better than what we were expecting, but overall it’s largely in line with guidance,” said Neil Beveridge, a Hong Kong-based analyst Sanford C. Bernstein & Co. “As oil prices recover, we’ll see a strong recovery in earnings in 2017.”

The warning comes after the company in October said third-quarter profit dropped 77 percent and it barely eked out a half-year profit. The company will continue to improve cost cutting in 2017 and it expects oil prices to rise as the global market rebalances, it said in its statement. The company may report full-year results on March 30, according to Bloomberg estimates.

Brent crude averaged about $45 a barrel last year, down from almost $54 in 2015. The government cut gas prices in November 2015 in order to spur consumption. The slump in oil prices has punished China’s state-run producers, who were forced to cut production at fields that were too expensive to operate.

The company has also appointed Chai Shouping as chief financial officer effective Wednesday, it said in a separate statement on the Hong Kong stock exchange