Iraq will boost oil exports after agreement on Kirkuk fields

Iraq will boost oil exports after agreement on Kirkuk fields 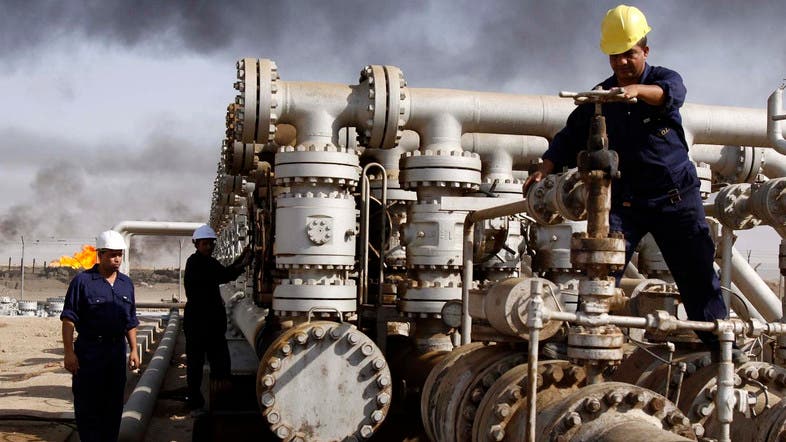 Iraq, OPEC’s second-biggest producer, will increase crude exports by about 5% in the next few days after an agreement to resume shipments from three oil fields in Kirkuk.

Shipments will increase by about 150,000 bpd as exports resume from the Baba Gorgor, Jambour and Khabbaz fields, Fouad Hussein, a member of the oil and energy committee of the Kirkuk provincial council, said by phone Sunday. The three oil fields are operated by the state-run Northern Oil Co. but their export pipeline is controlled by the semi-autonomous Kurdistan Regional Government.

The NOC halted exports from those fields in March due to a payment dispute with the KRG. Iraq’s new oil minister Jabbar al-Luaibi, on his first day in the job, said last week he saw ways to resolve the dispute with the self-governed Kurds, and Prime Minister Haidar Al-Abadi ordered the oil ministry to resume oil pumping into the pipeline.

Iraq has struggled to boost oil exports this year, with shipments from the northern part of the country hampered by the dispute with the KRG. Iraq’s exports were 3.71 MMbpd in July, according to the International Energy Agency, including oil sold by the KRG. Calls to the KRG for comment weren’t answered and text messages weren’t immediately returned.

“Pumping operations started with test pumping at 70,000 bpd last Thursday and the Northern Oil Co. aims to boost it to its normal rate at 150,000 bpd this week,” Hussein said. “This is a good step and significant initiative to strengthen relations between KRG and the federal government.”

The Kurds generated $800 million a month from oil sales after deciding in June 2015 to export oil independently of the central government but revenue dropped later to about $400 million a month, due partly to lower crude prices. Benchmark Brent crude dropped 35% last year.

The Kirkuk-Ceyhan pipeline was exporting about 600,000 bopd before the payment dispute, including 150,000 bopd from the NOC’s fields. It carried 457,000 bopd in July from KRG-operated fields, according to information on the KRG website. Exports in February and March were lower due to damage to a section of the pipeline in Turkey.

Control of Kirkuk’s oil is split between the central government and the KRG. The Kurds control two oil fields in the province, Bai Hassan and Avana, which export about 150,000 bpd.

Iraq, the second-biggest producer in the Organization of Petroleum Exporting Countries, holds the world’s fifth-largest oil reserves. The drop in crude prices over the past two years has squeezed state revenue at the same time when the government waged a costly campaign against Islamic State militants, who have seized parts of northern Iraq. The country was producing 4.78 MMbpd in July compared with 4.44 MMbpd at the end of last year, according to data compiled by Bloomberg and Iraq’s oil ministry.