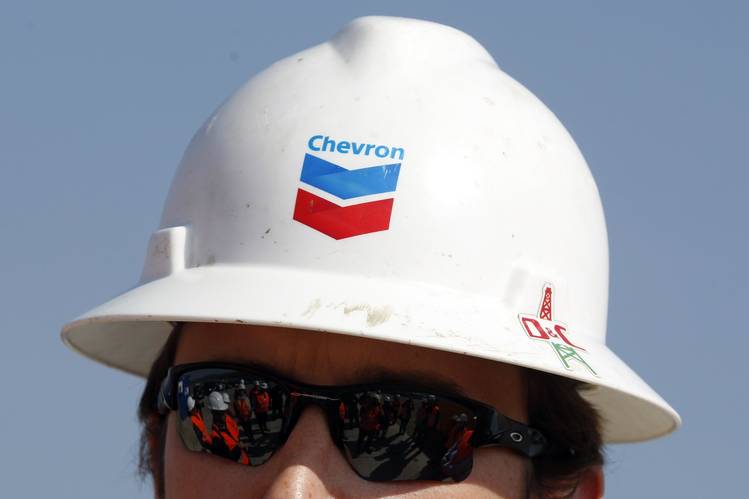 (Bloomberg) – Big Oil investors voted to continue doing the thing that has defined the industry since the 19th century: drilling for crude.

Shareholders of Exxon Mobil Corp. and Chevron Corp. overwhelmingly rejected resolutions backed by environmental activists on Wednesday that would have curtailed exploration for new oil fields and funneled the money to investors in the form of higher dividends and share buybacks.

The “no” votes reached 96% at both companies, where other climate-related proposals also failed. Environmental critics as diverse as state pension funds and Roman Catholic religious orders said future climate rules will soon make it unprofitable for Exxon and Chevron to harvest their reserves. The companies countered that there doesn’t yet exist a renewable fuel that can replace gasoline or diesel, and that demand for petroleum-based fuels will grow for decades, even if carbon limits are imposed.

“We need technological breakthroughs but until we have those, just saying ‘turn the taps off’ is unacceptable to humanity,” Exxon Chairman and CEO Rex Tillerson said during the company’s gathering in a Dallas symphony hall. “There is no alternative fuel known in the world that can replace the pervasiveness of fossil fuels.”

At Chevron’s gathering in San Ramon, California, holders rejected the anti-drilling measure for a second straight year. Chairman and CEO John Watson decried the proposal, saying it “suggests we liquidate the company by paying dividends. Of course, we don’t think that is the proper action to take.”

Such environmental appeals have become regular features of Exxon and Chevron annual meetings. As such, in recent years the gatherings have evolved from bland, little-noticed formalities for the companies to platforms for activist groups to highlight environmental and corporate-governance causes.

Sidewalk protests continue to be a staple, and about 50 activists gathered Wednesday outside Exxon’s event, including groups alleging that Exxon misled the public and shareholders on its early climate-change research. Increasingly, though, such protests are giving way to buttoned-down, direct appeals to long-term investors to reconsider the business model.

“We recognize the risks are serious and do warrant thoughtful actions,” Tillerson said during the meeting. “On a policy front, we believe addressing the risks of climate change is a global issue.”

Any solution ought to be market-based, transparent and accompanied by minimum bureaucracy, he said.

“Time is against them because every year these things seem to be gaining steam,” Allen Good, an analyst at Morningstar Inc. in Chicago, said of Exxon and Chevron. “Given the coalition of groups assembled against them, at some point the companies probably will have to address these issues.”

Despite Wednesday’s setbacks for the environmental camp, the companies may be fighting more than just activists. Between advances in renewable energy, government policies promoting low-carbon activity and improved technology for recovering current resources, the world may have already found all the hydrocarbons it will ever need to burn. It’s not just activist investors saying it—energy analysts associated with Wall Street institutions like Morgan Stanley are broaching the subject, too.

“Oil companies increasingly need to consider a number of demand scenarios that may not require much exploration at all,” Morgan Stanley analysts including Martijn Rats said in a May 20 research note. “Even if the oil price recovers, the rebound in exploration spending may only be relatively modest. Business models that rely solely on exploration may face challenges for some time to come.”

This was the first time Exxon stockholders weighed in on such a resolution. Of the four climate-change related issues on the ballot, none received more than 38% support.

Chevron investors considered five proposals related to climate change, none of which received more than 41% support.

Exxon and Chevron have maintained or raised dividends even as the two-year slump in oil markets eroded cash flow and forced much of the industry to curtail payouts, slash payrolls, cancel projects and tap capital markets for borrowed money to stay afloat. Exxon was stripped of its top rating by S&P Global Ratings last month for the first time since the Great Depression.

Exxon is scheduled to pay out $3.3 billion in quarterly dividend payments next month. Chevron’s obligation for the quarter is about $2 billion based on figures compiled by Bloomberg.

Exxon has more than 100 oil and gas development projects on the drawing board or under construction that will tap the equivalent of 20 Bbbl of crude, Tillerson said.

Tillerson, who will reach Exxon’s mandatory retirement age of 65 in March, reiterated on Wednesday that the company’s primary goal is maintaining “a reliable and growing dividend.” The company spent $15 billion on dividends and buybacks in 2015, he said.

Tillerson declined to say whether he would seek permission from the board to stay on beyond his 65th birthday. “I serve at the pleasure of the board,” he said.