China to raise natural gas production from 37% to 50%

China to raise natural gas production from 37% to 50% 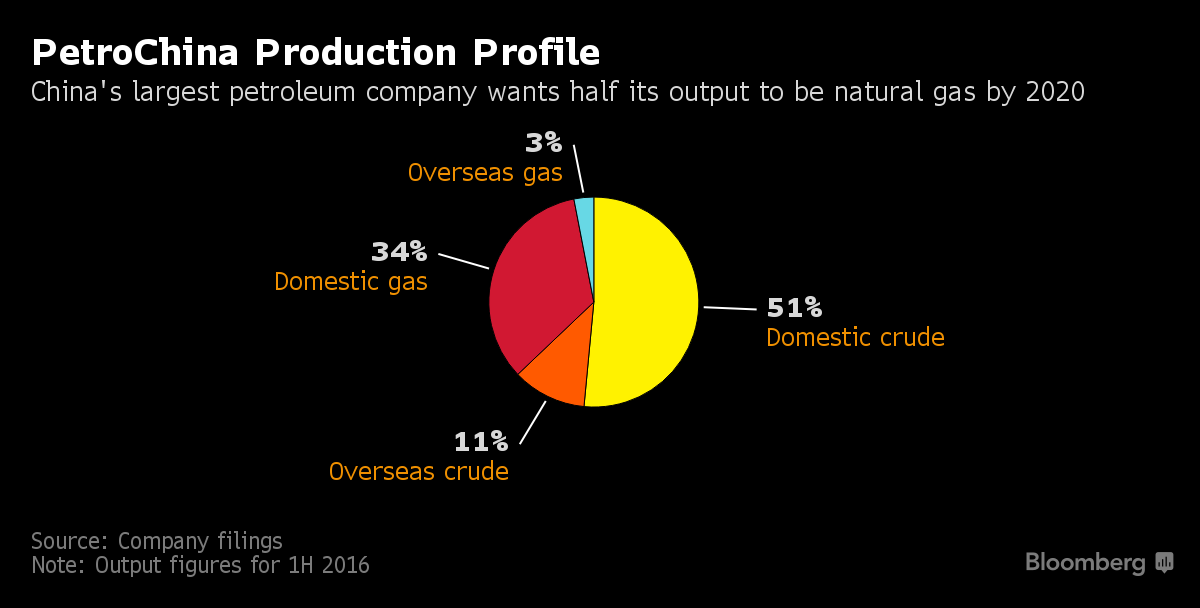 Bloomberg – China’s biggest oil company wants natural gas to account for half its output by the end of the decade.

PetroChina aims to raise natural gas as a share of its production from 37% currently, President Wang Dongjin told reporters Thursday in Hong Kong. The company supports the government’s efforts to liberalize gas prices and implement market-based reforms, he said.

“We will have some adjustment on oil and gas production down the road,” Wang said. “There is a huge potential for natural gas production to grow in the years to come.”

The world’s largest energy consumer is seeking to raise the share of less-polluting natural gas in its energy mix to 10% by 2020. President Xi Jinping’s government twice cut gas prices last year in an attempt to boost demand. While demand growth for oil has slowed, natural gas use rose 9.8% in the first half this year.

China National Petroleum Corp., PetroChina’s parent company, is prioritizing natural gas exploration and production in the second half the year and may adjust investment strategies depending on the change in oil prices, Chairman Wang Yilin said in a statement last month.

The state-owned explorer’s profit dropped 98% to 531 million yuan ($80 million) in the six months to June, while revenue fell 15.8% to 739 billion yuan, it said Wednesday. The sale of a Central Asian pipeline network helped the company recover from its first-ever quarterly loss earlier this year.

Lower crude price forced PetroChina’s E&P business to post a 2.4 billion yuan operating loss in the first half, compared with a profit of 32.9 billion yuan a year earlier. Operating profit from refining jumped almost fourfold to 21.4 billion yuan from 5.6 billion a year ago, according to PetroChina’s earnings statement.

The explorer cut its domestic crude output target for 2016 to 103 million tons from 106 million tons set at the beginning of the year as some high-cost fields were shut down because they couldn’t make a profit at current oil prices, PetroChina’s President Wang said on Thursday.

Reallocating resources to refining may be a strategy to deal with low crude prices, Wang said. The shift will be temporary as oil and gas output will lead the company’s rebound once oil recovers to $60 to $80, he said. The company expects prices to stabilize between $45 to $50 in the second half of this year, before rising to around $50 to $60 by 2017, and $60 to $80 by 2020, he said.