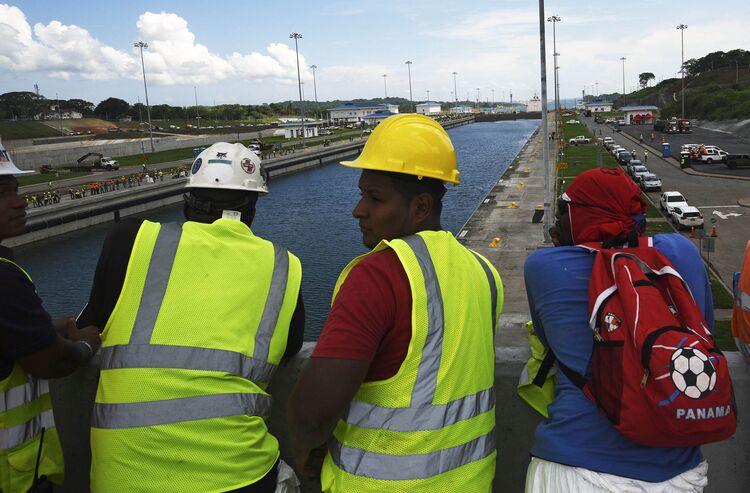 Bloomberg – The first cargo of liquefied natural gas set to pass through the newly expanded Panama Canal locks will be American.

Royal Dutch Shell Plc’s Maran Gas Apollonia vessel is scheduled to pass through the canal linking the Atlantic and Pacific oceans on July 25, after loading LNG from the U.S. Gulf Coast, according to the Panama Canal Authority, which oversees the locks’ operations. BP Plc’s British Merchant LNG tanker is expected to become the second to pass through the canal the following day, and a third tanker is slated for early August, the agency said in a statement late Monday.

The vessels will become the first to take advantage of a multi-billion-dollar expansion that widened the canal enough to handle massive LNG tankers. Its opening stands to increase the potential for American shale gas exports, which began just five months ago, by cutting shipping costs and times from the U.S. to the west coast of Latin America and to Asia.

“The fact that three companies have booked passage means that it’s viable and it’s working more or less the way the canal authority hoped when they set up the tolls,” Jason Feer, head of business intelligence at Houston-based ship broker Poten & Partners, said by phone Monday. “I wouldn’t be surprised if one of those goes to Asia.”

A Shell spokesman declined to comment, as did a spokeswoman for BP. Cheniere couldn’t immediately be reached for comment. The Panama Canal Authority didn’t immediately have details on the destination of Shell’s tanker and didn’t release further details about the third cargo.

The canal expansion, which went into service in late June, allows access to 90% of the world’s LNG tanker fleet, up from 6% before, Victoria Zaretskaya, an analyst with the U.S. Energy Information Administration, said in a July 1 email. The U.S. Gulf Coast may be sending 35 MMt to 38 MMt annually on about 550 tankers through the Panama Canal by 2021, she said.